Unlock The Hidden Potential Of Your CMMs 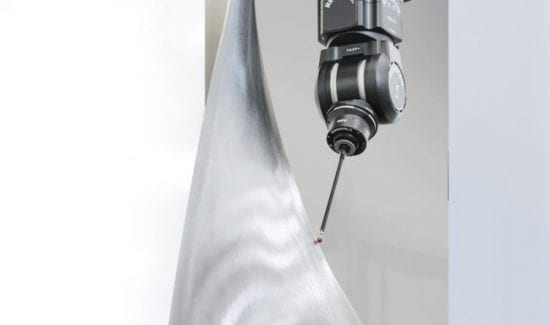 Measurement is vital to any manufacturing business , providing essential information to control processes and verify products. But older coordinate measuring machines (CMMs) can become bottlenecks if they fail to keep pace with changing measurement needs.

Get More From Your Cmm

The most advanced technology developments in sensors, controllers and metrology software have transformed the performance of new CMMs. As these advances are not dependent on the CMM frame, they are also available on your old CMM, giving you:

Most CMM structures are not subject to high levels of wear and so remain serviceable for many years. What is more, because you are reusing the costly superstructure of the machine, an upgrade is a fraction of the price of a comparable new machine. The first generation of computer-controlled CMMs were developed to suit touchtrigger probing, in which discrete points are acquired at key locations on the component. The measurement process involves driving the probe’s stylus onto the surface of the part at a constant speed, so the CMM’s structure is not accelerating when a measurement is taken.

This means that machines did not need to be particularly stiff to measure accurately. The arrival of 3-axis scanning drove changes to the design of CMM structures. Scanning involves moving the stylus of the probe across the component, following its surface contours. For instance, measuring a feature such as a hole requires the probe to be moved in a circular path, causes the moving elements of the CMM structure (the bridge and quill) to undergo accelerations whilst the measurement is taking place.

These structures are large and heavy, so accelerating them requires significant forces and inevitably results in inertial deflections at the stylus tip that are not seen by the machine’s position encoders which are located, in the case of the Y axis, on the bed of the machine.

Even the fastest modern machines are limited to scanning speeds of 80 to 150 mm per second, depending on the nature of the feature being measured. But practical concerns about accuracy mean that most scanning in production applications are done in the 10 to 25 mm per second range.

5-axis scanning breaks through this barrier by avoiding the problem of machine dynamic errors. Such multi-measuring systems like the Revo from Renishaw are able to acquire surface data whilst moving its two rotary axes at up to three revolutions per second, enabling scanning speeds of up to 500 mm per second.

The apparently insurmountable problem of dynamic errors is alleviated by not asking the machine to accelerate during measurement, or at least minimising such acceleration where it cannot be avoided altogether.

This is achieved by using five axes of simultaneous motion, with the bulk of the workload of moving the stylus tip falling to the head.

The 5-axis technology is also available for touch-trigger applications with the use of the PH20 head on all sizes of CMM. Unlike conventional touch-trigger measurement methods which rely on speeding up the motion of the CMM’s three axes to measure quickly, the PH20 utilises the head motion technology developed for the Revo system to minimise the dynamic errors of the CMM at higher measurement speeds. The ‘head touches’ allow measurement points to be taken by moving only the head, rather than the CMM structure.

Points can be taken faster, and with improved accuracy and repeatability. Furthermore, 5-axis motion eliminates time spent indexing the head. Together these speed increases typically result in a 3-fold improvement in throughput over conventional systems.

The motion controller is a vital factor governing the performance of any CMM. An outdated controller can limit the range of measurements that can be taken, and may eventually become unsupported and unreliable. In short, it can cripple a perfectly good CMM frame, or at least limit its ability to meet your changing needs.

In addition to seamless integration of a wide array of sensors, the controllers feature advanced motion control techniques that allow rapid movement around the part and smoother, faster scanning. Improving automation 5-axis scanning is best suited to the measurement of complex parts where inspection cycle times are currently long, or where large volumes of components must be measured and throughput is a principal concern.

In other instances, upgrading to a 3-axis scanning sensor or to a trigger probe with stylus changing can provide significant productivity and automation improvements at a lower cost.

The key attribute of the five-axis CMM scanning system is its ability to overcome the limitations of three-axis scanning methods, where any attempt to rapidly move the large mass of a CMM results in inertial errors caused by accelerations and decelerations.

The five-axis CMM scanning system uses synchronised head and machine motion when scanning, rapidly following changes in part geometry without introducing its own dynamic errors. Thus the system is able to move at a constant velocity whilst measurements are being taken, without impacting accuracy.

The system also measures non-prismatic surfaces very quickly, many of which would be difficult or impossible to measure with touch trigger systems. In some cases, such as a complex avionics chassis for the EuroFighter Typhoon, the inspection throughput has increased by a factor of five, and up to 80 percent reduction in time per part.

In the current challenging economic climate, making the most of your assets makes perfect sense. It is also good for the environment to continue to re-use serviceable elements of your CMM structure such as the bed, bridge and quill, whose manufacture is relatively energy-intensive.

Cost-effective upgrades to key elements of your machine (sensors, controller and software) can reveal your CMM’s hidden potential, giving you state of-the-art performance as well as a futureproof metrology system.